Customs Director Cemaleddin Demirdelen visited Çetin Başaranhıncal, Chairman of the Chamber of Commerce and Industry (TSO) of Çorum. Demirdelen and Başaranhıncal evaluated the export and import figures of Çorum in 2016. Demirelenen said that they would like to increase these exports in 2017, considering that 201 million dollars was exported from Çorum in 2016.

TSO President Çetin Başranhıncal said that the industry, which is the backbone of Çorum, should be supported in every sense. Başaranhıncal said that Turkey has passed through difficult days but despite Çorum’s contribution to the economy by taking an important place in exports, Başaranhıncal, That he believes that he will gain momentum in 2017 as well. 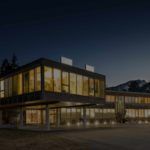 Our Web Page is now Active.